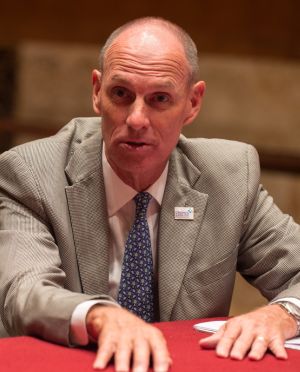 Vance Gibbs, Esq. was named Chairman of the Crohn’s & Colitis Foundation’s National Board of Trustees in 2015. Vance first became involved with the Foundation when his son was diagnosed with Crohn’s disease, and he has participated in all aspects of the Foundation, from Team Challenge to Day on the Hill to chapter events across the country. He has served on the Foundation’s national board for the past 10 years with a deep commitment to our mission. The Foundation has seen dramatic growth and advancement in the organization under Vance’s leadership.

Watch this video to hear more from Vance about how the Foundation has evolved over the last few years, and what the Foundation’s 50th anniversary means to him: