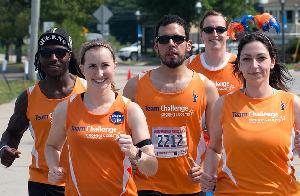 I have decided to make a difference in the fight against Crohn’s disease and ulcerative colitis.  On May 7th, 2020 I will be hiking a portion of the Appalachian Trail. This will be a big undertaking, but it will all be worth it because your donations will not only motivate me to the finish, but they will help us get closer to the cure.  Won’t you please consider a donation today?

In October 2011, I was diagnosed with Crohn’s Disease after an abrupt trip to the emergency room that resulted in emergency surgery to remove part of my intestines.  I found out later that my bowels had perforated, and I was becoming septic.  I spent a few days in the ICU, and a few more on the ward before I was able to go home. I left with a brand-new ileostomy. All of this happened the night before I was due to be discharged from the United States Army after five years of active duty and two tours of duty to the Middleast as a combat medic.  I was stationed in Colorado during this time, so my mother flew out from Massachusetts to stay with me. She ended up staying with me for eight weeks helping me learn to live with my ileostomy and being there for support.  During this time, we read everything we could find on Crohn’s Disease. We even stopped at the book store on our way home from the hospital. I had never heard of Crohn’s disease before, and definitely knew nothing about an ileostomy.

The following January I had my second open abdominal surgery to reverse the ileostomy, to reconnect the plumbing if you will.  After this second surgery I was started on my first biologic medication to treat Crohn’s disease.  At this time,I was seeing my gastroenterologist weekly and having frequent endoscopies.  After the diagnosis of Crohn’s, I had to learn what I could eat and what I couldn’t eat. “No nuts, no seeds, no skins” is what I was told. Eating something I shouldn’t meant many days and nights spent in pain and sickness from eating the wrong thing.  Years later I still have this problem.

Since my diagnosis eight years ago, I have had three abdominal surgeries, two bowel obstructions, and many, many, many flare ups.  Some to the extent that I needed help caring for my newborn daughter.

I am currently on my 3rdbiologic medication in an attempt to control my Crohn’s Disease. My treatment regime includes travelling to Boston every 6 weeks for a 2-hour infusion of medication.  Luckily, it seems like this one is finally doing the trick…for now.

About Crohn’s disease and ulcerative colitis:
Known collectively as inflammatory bowel diseases (IBD), Crohn’s disease and ulcerative colitis affects almost 1 in 100 people. They are painful, medically incurable diseases that attack the digestive system. Crohn's disease may attack anywhere along the digestive tract, while ulcerative colitis inflames only the large intestine (colon). Symptoms may include abdominal pain, persistent diarrhea, rectal bleeding, fever, and weight loss. Many patients require numerous hospitalizations and surgery. Most people develop the diseases between the ages of 15 and 35; however the incidence is increasing in children.
The Crohn's & Colitis Foundation is the largest non-profit, voluntary, health organization dedicated to finding cures for inflammatory bowel diseases (IBD). The Foundation’s mission is to cure Crohn's disease and ulcerative colitis, and to improve the quality of life of children and adults who are affected by these diseases. The Foundation works to fulfill its mission by funding research; providing educational resources for patients and their families, medical professionals, and the public; and furnishing supportive services for those afflicted with IBD.
View More
Donate Now
Achievements