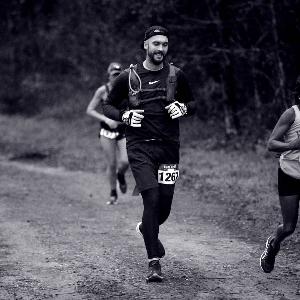 I have decided to make a difference in the fight against Crohn’s disease and ulcerative colitis.  On October 10, 2021 I will run in the Bank of America Chicago Marathon. This will be a big undertaking, but it will all be worth it because your donations will not only motivate me to the finish, but they will help us get closer to the cure.  Won’t you please consider a donation today?
Why I am running: What lead to the diagnosis. Collin (my nephew) had constant stomach pain, and was always running to the bathroom. He started noticing blood in his stool, and that's when we really got worried. After multiple doctor visits and tests, they couldn't find anything wrong. At one point, in the middle of the night, Collin woke up hallucinating. My sister sat up all night to make sure her son was OK, and they went back to the doctor in the morning. When they got there, they ran more tests and found they his hemoglobin was dangerously low. He was losing blood, and losing it fast. We rushed him to Toledo, Ohio in fear that we were going to lose him before they could figure out what was wrong. After 2 blood transfusions, a heart murmur and a week-long hospital stay, he had a diagnosis. He had severe Ulcerative Pan-Colitis. His entire large intestine was affected. We were told that had we waited much longer for treatment, he would've lost too much blood and not survived. Unfortunately, his fight was far from over. Now his life would consist of constant medication, lab draws, doctor visits, colonoscopies, and pain. Thankfully, he was able to attend Camp Oasis
Camp Oasis changed his life. Every child that attends suffers from either Crohn's Disease or Ulcerative Colitis. Here they learn about their disease and bond with other children fighting the same fight. The best part- it's a week of fun! Bonfires, lake activities, outdoor adventures- it's paradise. Here, he didn't feel alone. Here, he had other kids just like him. Here, he could forget that he was different. After 5 years of being a camper, he got to spend his last year as a Leader In Training. Now, at age 21, he'll never forget the time he spent at Camp Oasis. He's made life-long friends, and hopefully with people's generous donations, other campers can find a little peace there as well.
The money that is raised through this foundation will help fund and support groups for patients of all ages, and for Camp Oasis- a childern's summer camp that has locations all over the country. It's designed for children to learn more about their disease, learn how to cope, and be around other childern like them. Camp Oasis really helped Collin feel more "normal". It was good for him to be arond other kids that had the same disease, and know that he wasn't alone in his struggle.
About Crohn’s disease and ulcerative colitis
Known collectively as inflammatory bowel diseases (IBD), Crohn’s disease and ulcerative colitis affects almost 1 in 100 people. They are painful, medically incurable diseases that attack the digestive system. Crohn's disease may attack anywhere along the digestive tract, while ulcerative colitis inflames only the large intestine (colon). Symptoms may include abdominal pain, persistent diarrhea, rectal bleeding, fever, and weight loss. Many patients require numerous hospitalizations and surgery. Most people develop the diseases between the ages of 15 and 35; however the incidence is increasing in children.
The Crohn's & Colitis Foundation is the largest non-profit, voluntary, health organization dedicated to finding cures for inflammatory bowel diseases (IBD). The Foundation’s mission is to cure Crohn's disease and ulcerative colitis, and to improve the quality of life of children and adults who are affected by these diseases. The Foundation works to fulfill its mission by funding research; providing educational resources for patients and their families, medical professionals, and the public; and furnishing supportive services for those afflicted with IBD.
View More

Gate River Run 15k 2021 Results!
Hello everyone! Its been awhile since I have posted anything. The Gate River Run 15K was a lot of fun and crushed my goal! I was able to PR that day of a time 69:09. Today, was a great training day with 800m sprints. I ran 8x800m sprints with some great splits. Looking forward to my upcoming training. Ill talk to everyone very soon.

St Pattys Day 10K Run
Another run in the books! The St. Pattys Day 10k Run 1st Place Sports held was a pretty fun run. Completed the 10k in 44:31 with a pace of 7:09, which was another PR! Still trying to break the sub 6 min pace in a race. 5 more days till the Gate River 15k Run. Ill post results and progress that weekend. Thank you everyone who has donated to reach my goal. Thank you.

Tough Days
Sunday.. was my pre 15K time trial. Gate River Run 15K is less than 5 weeks away and I wanted to see where I stand on my training. I finished my 15k in 72 min! My goal for the race is to make Top 10%, which will be approx. 70 min and under. Very achievable!
Monday..was was another tough day. Ruck Sack Day! Walked with 35Lbs for 90 mins. Started to feel it at the end, but I persevered and finished.
Today..was considered a easy run. 4.5 miles, along with 1hr workout! Nothing to big.
All in all, last 3 days were great training days.
Hard work always pays off! T.

Rainy days
Today was another day at the office..,pushed the pace for my 4 mile trek, along with a 30 min workout. Tomorrow is a 10 mile run. See you then.
Thank you everyone who has donated! It means a lot to me and the foundation that I am thankful to be running for. T.

3 Mile run
Last night I finished the evening with a 3 mile walk with a 30LB plate in my ruck sack. My girlfriend kept telling me to think its Emily on my back, not the 30LBs. Just made me smile :)
This morning was a little rough, but I managed to finish out 3 miles along with a 30 min workout! Knowing that in October I'll be running for this cause helps motivate me even more, cause its just more than running at this point. Its something bigger than me.

Changing things up
Today, I decided to change up my normal routine and add 8x400 meter sprints. Splits were between 90-98 seconds. Its not where I would like to be, but it does give me a starting point. It was a great training to start my morning. Stay consistent.