Running for a Cure for Emily! 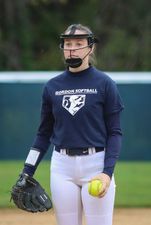 Emily is a fighter!

Upon completing the Chicago Marathon, I decided to continue running to make a difference in the fight against Crohn’s disease and ulcerative colitis by signing up with Team Challenge for the Clearwater Running Festival in January 2023. Even more exciting: my 16-year-old daughter, Annabel and her friend Stephanie have decided to join me in honor of Emily! We are all running the half marathon together to raise awareness and funds for the Crohn's and Colitis Foundation. Won’t you please consider a donation today?

I know many of you are familiar Emily’s story, so I’m going to start with a current update, then share the whole history below. Emily is eighteen years old and a freshman at Gordon College. She is enjoying living on campus and spending time with new friends (though she really misses our dogs… and maybe the rest of us, sometimes…). Emily continues to excel in academics and is studying Kinesiology on her way to a career as a Physical Therapist. She is also excited to play college softball and spends time with her new teammates practicing and training to get ready for their spring season. I am excited to think of the opportunities that await Emily, especially how her life will improve WHEN we find a cure for Crohn's!

Emily has been taking Stelara since last February. I have to give her injections every 4 weeks and with the most recent dose, she said I did "a pretty good job". It’s still not easy to give your kid an injection, but it helps that we’re seeing positive progress. Emily has been off all oral medications for several months now and has the energy to play softball and do most everything she wants! But she still has bad days. She is still not in remission and has little confidence in her GI system acting the way she wants it to.

And this is not specific to Emily, but another downside of dealing with a chronic disease is fighting with insurance for coverage of the medications to help relieve symptoms. We've lost track of how many hours we've spent on the phone, how manny emails we've sent, how many authorizations we have faxed (yes, some companies still require faxes) all trying to get prescriptions covered and resolve billing "errors". How wonderful it will be to be able to cure these diseases and not have to worry about paying for maintenance medications!

Now for the beginning of the story: Emily has always been a high honors student, active year-round in sports and has a deep love for all animals. Emily was diagnosed with Crohn's disease at age 11. In the months before Emily's diagnosis, she was losing weight, had no energy and had "bathroom troubles". She was not able to keep up in athletics and was starting to miss school, both of which depressed her greatly. To pinpoint the cause and severity of Emily's disease, she has had countless blood draws, multiple endoscopies, colonoscopies, MRIs and CT scans.

One thing that is certain about Inflammatory Bowel Diseases (IBD), like Crohn's disease and ulcerative colitis, is that there is no one course of medication or treatment that will work for all. Even patients with similar symptoms may react differently to the same medication. This will only change when we find a cure for IBD.

Emily's treatment story, our efforts to reduce the inflammation in her intestines, has been a roller coaster. We spent the first couple years managing Emily's symptoms with oral medication and through diet. Emily chose to cut inflammatory foods from her diet: no dairy, no grains, no refined sugar, no soy. This resulted in her belly no longer hurting when she ate, she had increased energy and we saw more of her sassy teen attitude. However, Emily's blood work showed her inflammatory markers were still climbing, so she started receiving Remicade infusions: two hours on an IV every eight weeks. The Remicade reduced Emily's inflammation to the point of her being in remission for over three years!

Unfortunately, last year the Remicade stopped controlling the inflammation in Emily's intestines. She had a challenging year or so with a return of symptoms mirroring those from before she was diagnosed. We tried a new IV infusion medication, Entyvio, which was to take a few months to build up and take effect. At the same time, she also resumed taking oral medications trying to bring down the inflammation at least partially and manage her symptoms. However, this combination did not work to bring Emily relief. Instead, she ended up spending the week before Thanksgiving 2021 in the hospital on IV steroids. She came home from the hospital better than she went in... but still nowhere near good.

We are so thankful for Emily's care team and the many medications available for us to try to bring her to remission. But this is not the life any of us envisioned for her. We need to find a cure for Crohn's disease so Emily and the millions of others affected by IBD can have lasting relief.

Thank you for your donations!

About Crohn’s disease and ulcerative colitis

Known collectively as inflammatory bowel diseases (IBD), Crohn’s disease and ulcerative colitis affects almost 1 in 100 people. They are painful, medically incurable diseases that attack the digestive system. Crohn's disease may attack anywhere along the digestive tract, while ulcerative colitis inflames only the large intestine (colon). Symptoms may include abdominal pain, persistent diarrhea, rectal bleeding, fever, and weight loss. Many patients require numerous hospitalizations and surgery. Most people develop the diseases between the ages of 15 and 35; however the incidence is increasing in children.