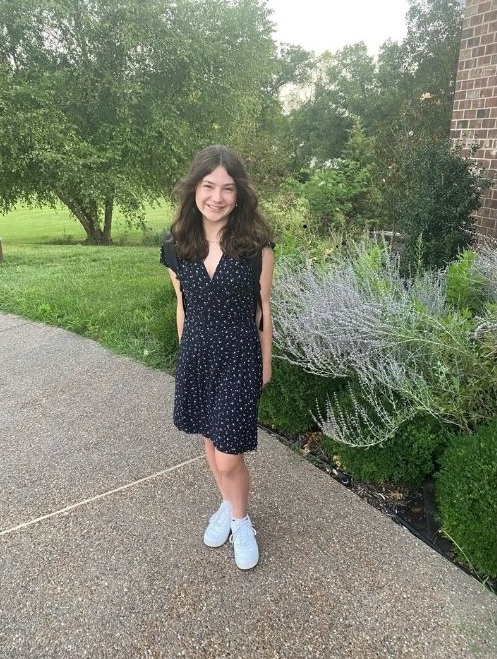 I have always been a healthy kid. I rarely got sick and only went to the doctor for my wellness checks. When I first experienced symptoms, it was quickly excused as the stomach flu, a virus, or something I would be able to easily recover from. However, the sickness came back again and again sporadically throughout the next few months. This is when it occurred to my family that something was wrong. My mom and I scheduled a doctor’s appointment, and I was told it was most likely a case of extreme anxiety. The only solution we were given was to calm my nerves and to have it play out for the next couple weeks or months. My mom knew that this was not the case and she fought for clearer answers.

I continued to get sick, and my quality of life was beginning to worsen. Every time I thought I was getting better, my mystery illness creeped up on me. Every time I thought I could be a normal kid; I was reminded I could not be. I was rapidly losing weight and I became extremely weak from all the vomiting, diarrhea, and extreme pain. It was not until I got extremely sick and was vomiting for over 8 hours that we decided we needed to head to the emergency room. I could not even manage walking from my bed to my door because I was screaming and aching from the intensifying pain in my abdomen. When we arrived at the emergency room we waited for hours while I was taking turns hovered over a bowl and the ER toilet with my eyes closed the whole time and not being able to speak. After the long wait in the ER waiting room, it was another long wait in the ER and then finally being admitted into the hospital. I was so drained and miserable from constantly vomiting, and the nurses had to reinsert my NG tube a couple of times because it was all coiled in my throat. A few days into my hospital stay, the team of doctors had told us the disease I most likely had was Crohn’s, but up into this point they were still not completely sure. My diagnosis was later confirmed, and this was just the beginning.

It has been 4 years since then and I have had many ups and downs with the disease.  Last year was a part of the journey I never expected.  After being admitted to the hospital with an obstruction the surgeon came into my room to inform us that surgery was not a matter of if, but a matter of when. This came as a surprise to me because I was so blindsided of how bad my condition was. Every doctor’s visit was like a wakeup call. The surgeon gave us some best and worst-case scenarios. After the MRI-E was completed, he explained how bad the situation was. My intestines were ballooned out and I had an obstruction that needed to be removed. But before the surgery I had to do a complete gut rest and be fed via TPN.  This included getting a PICC line and my mom learning how to hook everything up.  I completed the TPN process and went into surgery on April 1, 2021.  It was a success and since then my life has gotten drastically better.  I no longer have extreme bloating, pain, excessive stomach growling or any other symptoms.  My bloodwork is good, and I feel like myself again.  I know every journey is different and this is mine.  I am thankful to be an honored hero with the Crohn’s and Colitis foundation and my desire is to share my story so that others can have a glimpse of what it is like to live with this often-invisible disease.

My name is Elicia Darvish, and I am living with Ulcerative Colitis. My journey began like so many other Crohn’s and Colitis patients, hiding in silence. I started to show symptoms in my early teens but said nothing. A few weeks before my 17th birthday I became deathly ill. My dad took me to the hospital where we were met by my uncle, an Oncologist, who luckily was in practice with a Gastroenterologist. He quickly diagnosed me with Ulcerative Colitis. I spent the next 2 weeks in the hospital getting my newly diagnosed disease under control and trying to come to terms with what the rest of my life would entail. While in the hospital I was able to gain 20 lbs. bringing myself to a normal healthy weight for my age.

I have been incredibly lucky to have a mild case of UC and have only had a few flare ups over the last 34 years. Having to watch what I eat and take medication every day quickly became my new normal. Until the last several years, I did not talk about my disease to many people. The majority of the population had never heard of Crohn’s or Ulcerative Colitis. IBD wasn’t “a real disease”. Now with so many people speaking out, commercials about medications it is no longer a silent disease. Meeting others that go through similar challenges, being comforted and being able to comfort others, giving and getting advice makes the pain a little more manageable.

I have been so blessed by the support of my family, friends, company, and coworkers. From doctor’s appointments, colonoscopies, time off during flares, comfort when depression and overwhelming hopelessness kicks in. The continuing research, medical community, advancements in medication to control the disease has made life more manageable for so many people. But there are so many that are still suffering. They can’t have “normal” lives. We must continue to help all that are suffering. We must continue to fight for a cure. 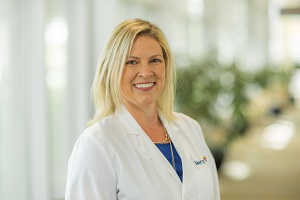 I am the co-director of inflammatory bowel disease (Gastroenterology) at Mercy St. Louis. In 3 short years, I was recognized as a thought leader in the IBD community in St. Louis. I have developed protocols, trained staff and implemented systems to improve patient care. Have worked with IT, and Quality Improvement to build tools into EHR. Consult with infusion center staff on processes. Brought clinical trials to Mercy GI. Working with administrators to develop a multidisciplinary disease specific center. Lead our groups response and recommendations for biologic therapy during COVID19 pancemic, and vaccination recommendation

I serve as a consultant and speaker for several pharmaceutical companies and I serve as a member of the medical advisory board of the Crohn's and Colitis Foundation. 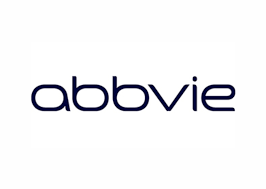 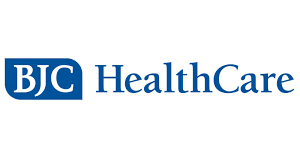 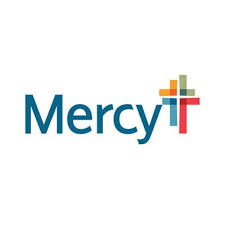