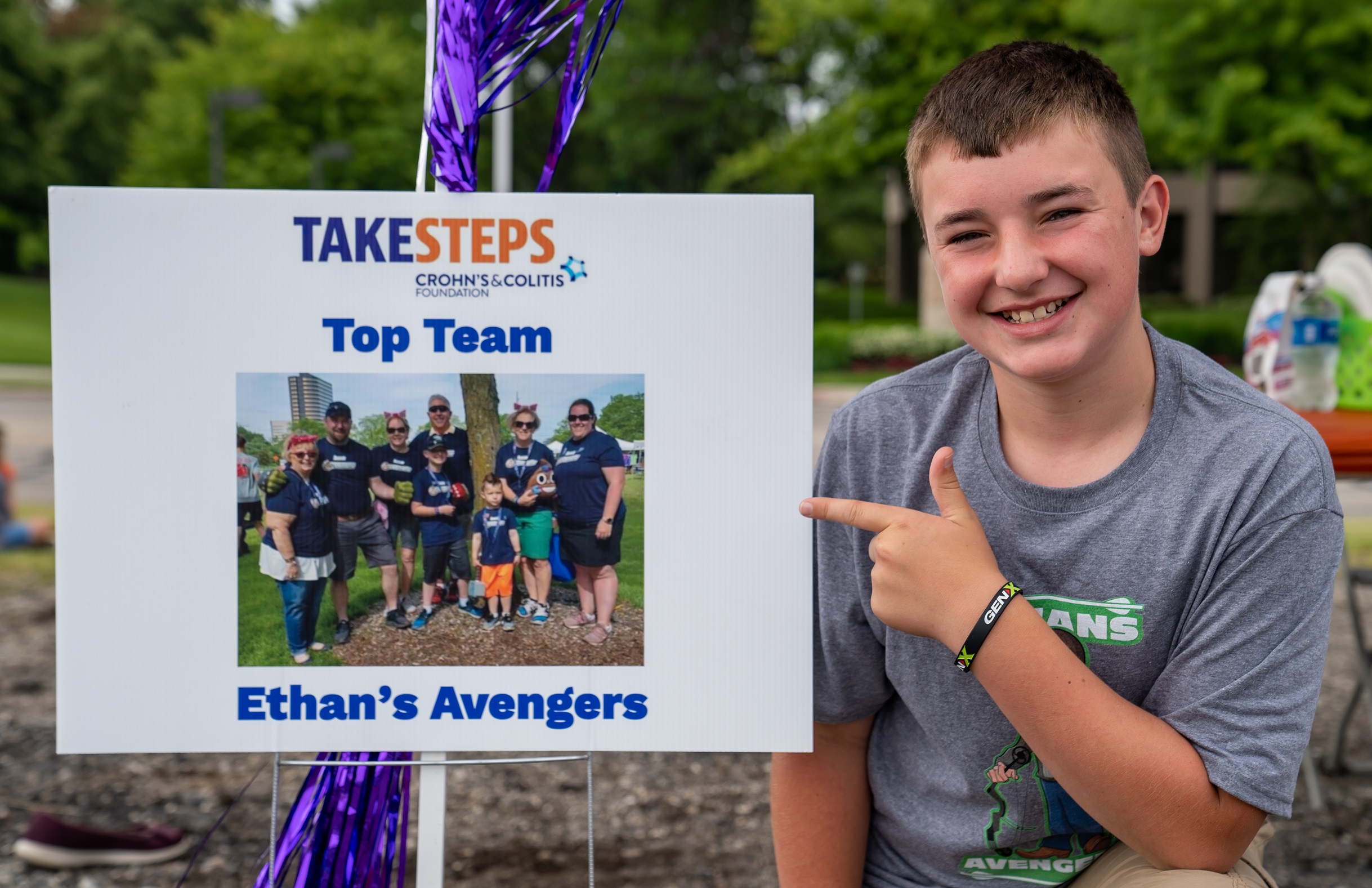 Hi, my name is Ethan Stiller and I live in Howell, MI. I am very excited to have been chosen as the Pediatric Honored Hero, thank you for letting me share my story. When I was 9 years old I was diagnosed Crohn’s disease. I had been having lots of stomach aches, fevers, did not want to eat, was losing weight and missing a lot of school. My parents took me to the ER several times and at first they thought it was my appendix. After several tests the doctors ruled that out and sent me home. Two days later I was still not feeling well and went back to the ER, this time I would end up staying for a week at Mott Children’s Hospital in Ann Arbor. At first, the doctors still did not know the cause, but after my first colonoscopy and an MRA I received the official diagnosis of Crohn’s. This was very scary at first for both me and my parents, but we had a wonderful team of doctors that walked us through everything. We decided on a treatment plan best for me and that meant me receiving an infusion of biologic medication every 8 weeks. I received my first treatment before leaving the hospital and have been very fortunate that I have not experienced any flare-ups. Outside of a special bathroom pass at school and learning to understand how some foods make me feel, Crohn’s has just become a part of who I am.  I am about to start my third season with the Howell Archery Team. I enjoy camping with my family and riding my 4-wheeler.

When I was in the hospital, we received a lot of information about Crohn’s and one of the places doctors recommended my parents visit was the website for the Crohn’s and Colitis foundation. We knew nothing about Crohn’s, so while researching my diagnosis my parents learned about Camp Oasis. Having never faced anything like this before my parents thought it would be a great experience for me to meet other kids and adults who live with the same or similar diseases. I was really nervous the first time I went as I had never stayed away from home other than with my grandparents and I did not know anyone. But camp was so much fun I did not want to leave when my parents came to pick me up. We played games, went swimming, had parties and I met a bunch of kids who understand what it feels like to live with Crohn’s. I cannot wait to go back.

Along with Camp Oasis we also participate in the Take Steps Walk with my team Ethan’s Avengers. The first walk was a lot of fun because all of my Grandparents came and joined me and my family on the walk. The foundation had fun games set up and it was really cool to see so many people participate in a walk for something we had never heard about prior to my diagnosis.

Having Crohn’s is not something I am ashamed of, in fact it is one of the first things I tell people about when introducing myself. It is something that makes me who I am and something no one should be ashamed of talking about. 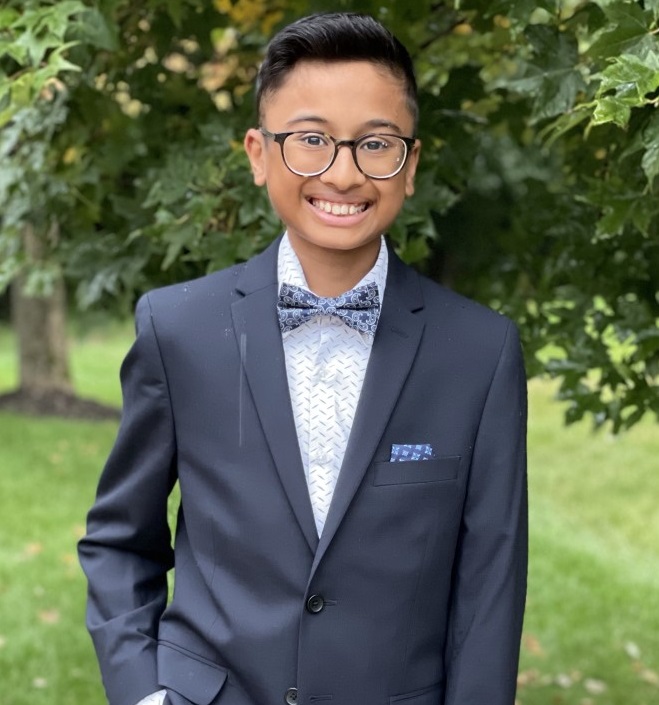 My name is Saahil, I am currently 15 years old, and this is my story. At the age of 9, I was a very active
kid that played travel hockey and most sports. I was a diligent student at school and enjoyed doing
everything a 9 year old boy did. I was enjoying life! In the summer however, I started noticing some
blood in the toilet. Initially, I was kind of scared but I didn’t say anything to anyone as I thought it would
just go away. Later that summer, we went on a family reunion cruise. I was a little worried but super
excited! The cruise was really hard. All of a sudden, I was running to the bathroom because I had to go.
And I would sit in the bathroom for a really long time. I was so confused and very scared about what was
happening to my body. My parents assured me that I would be ok but I was still scared.

That first year was tough. There were many medication changes, coping mechanisms, and adjustments
that I had to make. I had accidents, felt embarrassed, and felt like I wouldn’t be able to figure it all out.
I knew though that I was blessed with the unconditional support of my loving parents, my goofy
brothers, family, friends, and Dr. Gebara and his team. These were my pillars that helped me through
many phases and continue to help me. These are the people that have come to support me year after
year at the TAKE STEPS walk for the past 6 years. I love being part of Take Steps. It was here that I truly
realized that I am not alone. It was here that I realized that it&#39;s ok to have a condition and that it doesn’t
change you as a person.

Today, I am an avid golfer and very much involved in most sports. I am preparing myself for my
upperclassmen years in high school, and eventually college by pushing myself to excel in school by
taking advanced classes. Over the years, my focus has shifted more towards me, and less towards my
colitis. I have few accidents, and have a better handle on how to cope with flares. I have a better outlook
on my own life and have learned to love and appreciate everyone around me. Thank you to my family,
my dear friends, Dr. Gebara and of course Take Steps for helping me through everything! 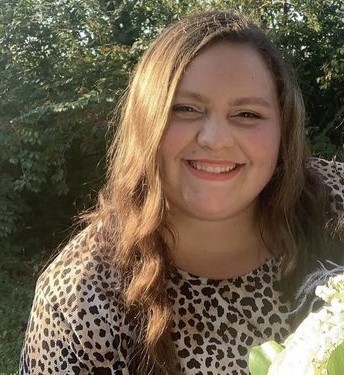 I was diagnosed with Crohn’s disease in 2004. I was six years old at the time but showing symptoms for over a year. To be quite honest, it is hard for me to recall what life was like back then. What I do remember are countless blood draws, infusions, medications, procedures, and hospitalizations. It was an endless cycle of doctor's appointments, missing school, and being unable to participate in many of life’s events from being too sick to attend. I felt extremely alone.

Many of the initial therapies I tried would alleviate symptoms only for a short period before it stopped working altogether. This often left me deflated and disappointed. Luckily, my doctor at Beaumont was connected with Camp Oasis and recommended that I apply. It took me a while to warm up to the environment and there were even a few summers that I couldn’t attend because I was too sick. As I felt healthier and became more acclimated to Camp, I was able to see that I wasn’t alone anymore. Kids that I spent one week of my summer with are still some of my best friends to this day. Camp Oasis changed my life for the better. I don’t know where I would be in life without that experience or the people I met along the way.

My journey with Crohn’s quickly became complicated. Running out of many treatment options by age 10, I was started on TPN, otherwise known as tube feeding. Even though I was extremely sick while on TPN, I was committed to maintaining the things that made me happy, such as playing sports. Unfortunately, the tube feeding did not alleviate symptoms for long and the next step was to schedule surgery. From the time of the decision to proceed with surgery and the actual surgery, my condition had worsened, and I ended up needing a permanent ileostomy.

Learning how to live with an ostomy was extremely challenging. Less than a month after surgery, I returned to school. I was devastated when I couldn’t resume normal physical activities yet, including trying out for sports. It was a huge adjustment learning to live with the new normal of having an ostomy. My bag is constantly on my mind, even to this day. Eventually I was able to play tennis, volleyball, softball, and perform in musicals again. Surgery truly gave me my life back.

My senior year of high school I had another major abdominal surgery. I missed months of school and extracurricular activities because of it. Despite my many challenges, I was still able to go on spring break with my family, go to prom with my best friend, perform a lead role in the spring musical and spearhead the makeup crew, win 2 state championship titles for tennis, and graduate high school. Although I had a tough senior year, I went on to start college in Greencastle Indiana and enjoy experiences abroad in Italy and South Africa. Even though I had encountered many difficult situations at college and had to fight for appropriate accommodations for my disease, I ultimately learned how to be my own best advocate. Since leaving college, my doctor's have found active disease, and I have been put back on biologics. I will be having another surgery in the fall and will continue working towards being in remission.

The past 18 years have been a whirlwind. There are so many reasons why it is important to speak up and advocate for Crohn’s and colitis, but one of the biggest reasons is the fact that this is an invisible illness. When people look at me, they can’t see my physical and emotional scars. Even the people who know I have Crohn’s disease have no idea what I go through on a day-to-day basis. It can be difficult to be vulnerable and share the parts of your life that aren’t so glamorous, but I hope that by sharing some of my own experiences I can encourage others to share their stories as well. 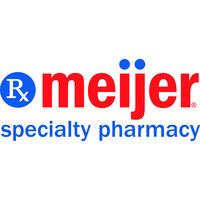 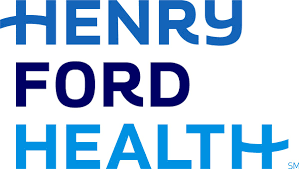 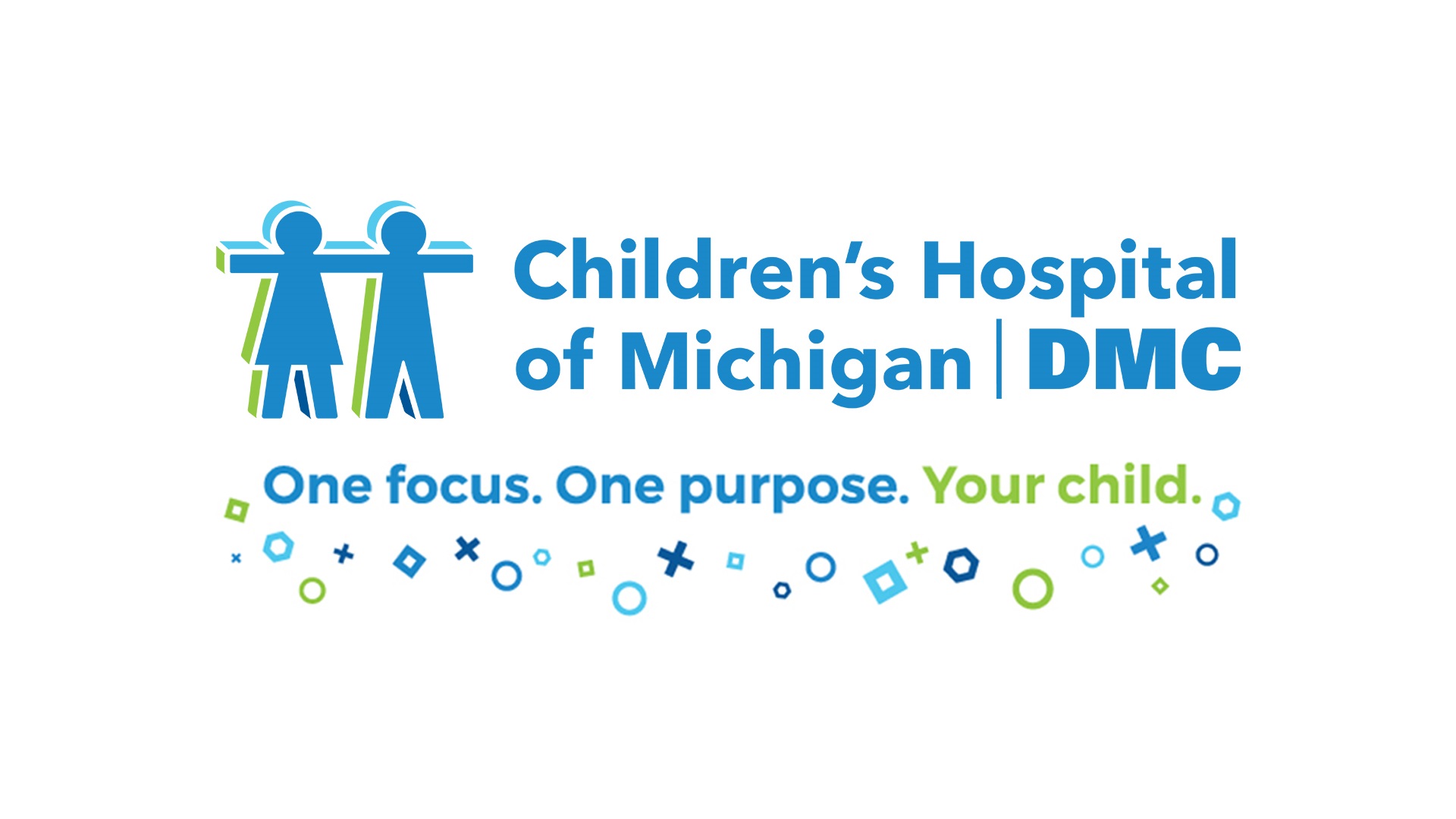 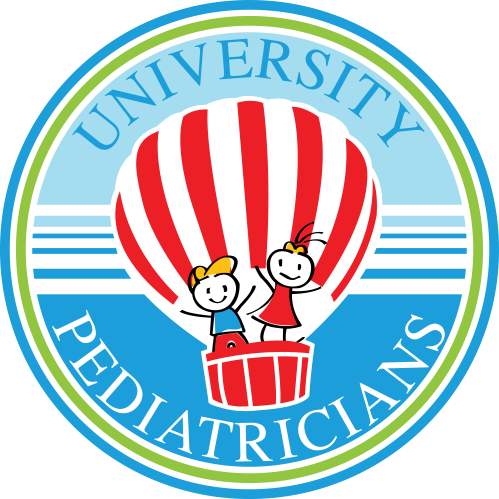 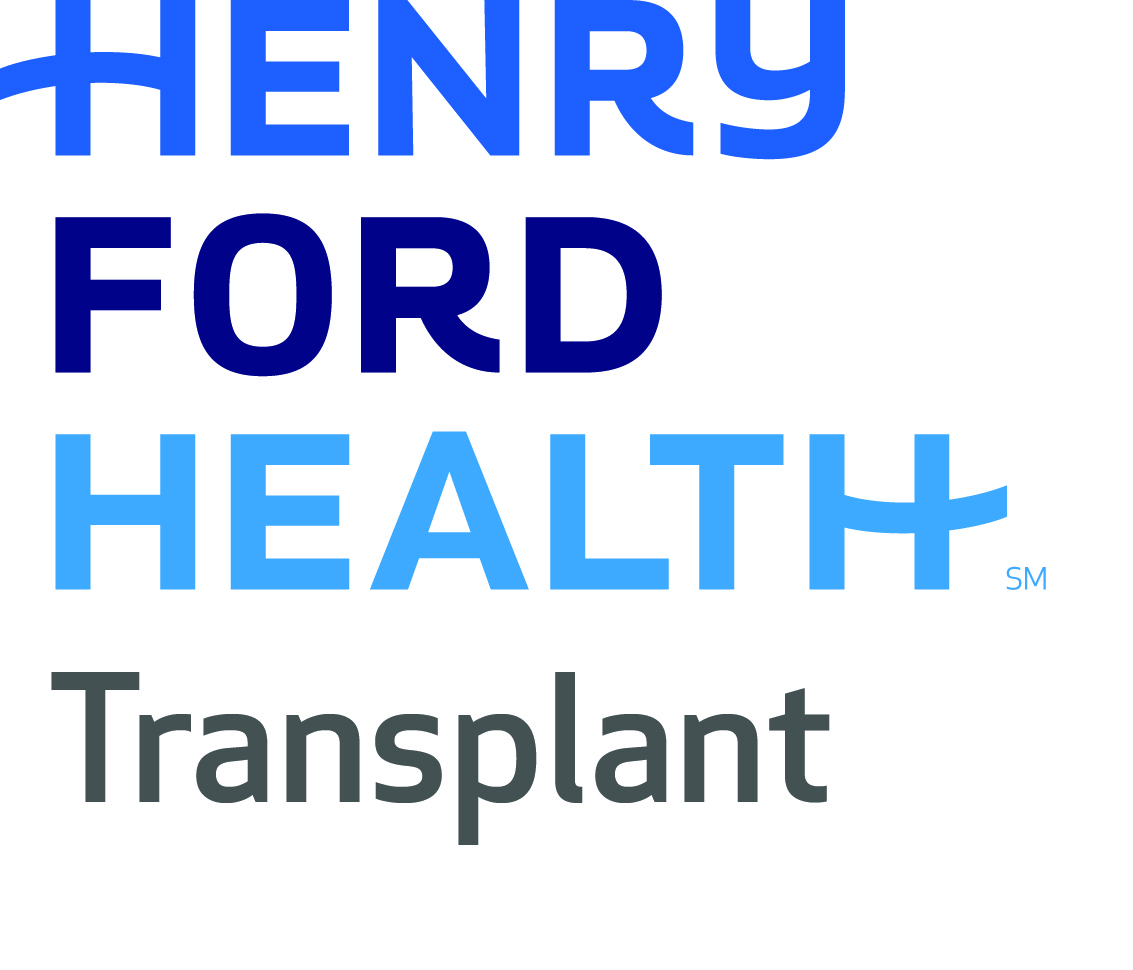