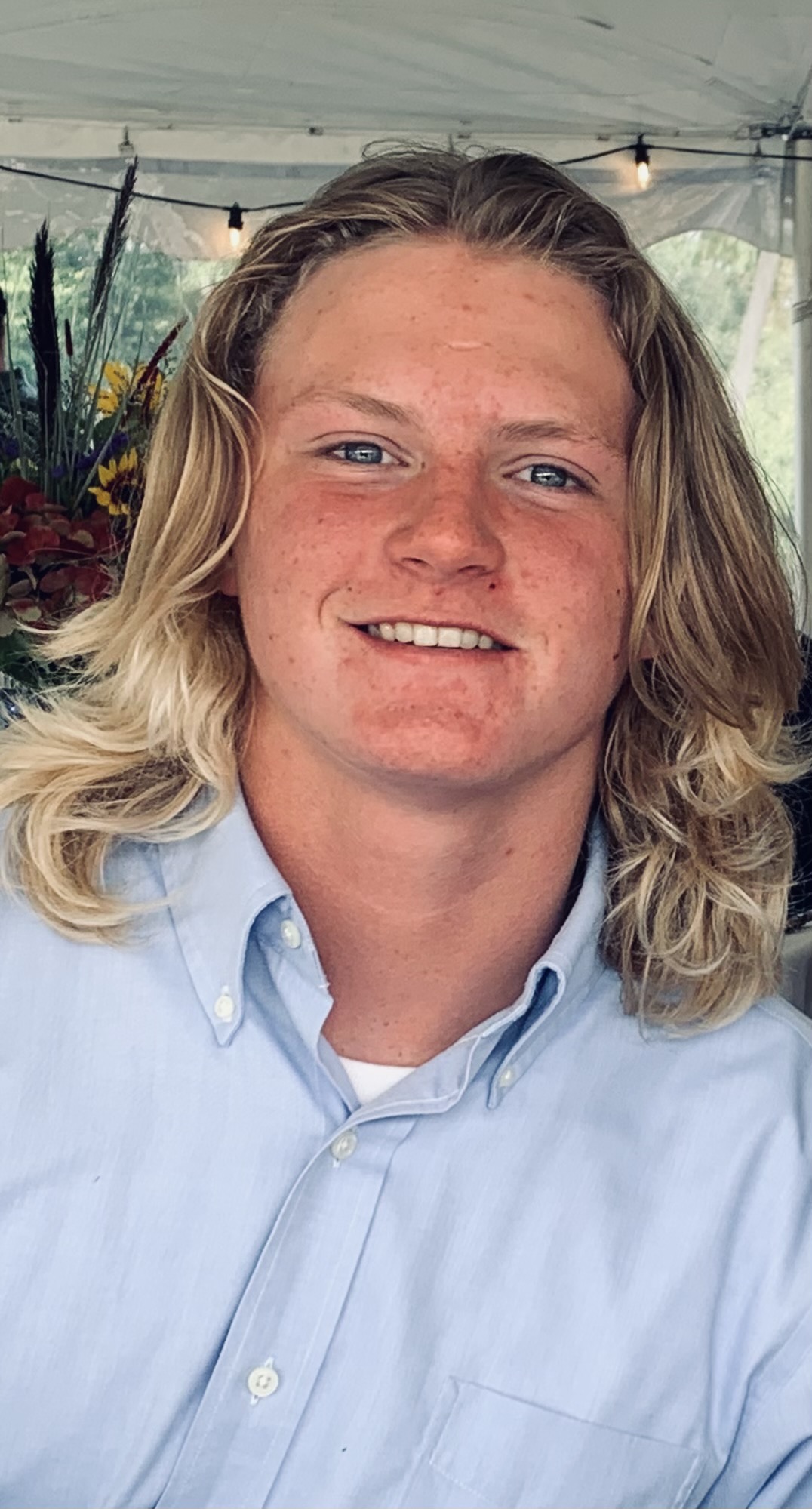 At the end of my sixth-grade year I was having the worst stomach pain anyone could imagine (except other kids with Crohn’s, I’m sure). I was not sleeping and had no idea what was wrong with me. My mom was frustrated because she had not changed the way she was cooking but I’d have to leave the dinner table without any notice to use the bathroom.

After about a month of trying to figure this out ourselves, and a really bad night, we decided we needed help. It took only a week but the week included an appointment with my pediatrician, lab work, a CT scan, an ultrasound, a visit to DeVos Children’s Hospital and a colonoscopy. I received my diagnosis of Crohn's Disease on June 5, 2018, when I was 12 years old. I remember my mom and I sitting on our couch hugging and crying. She told me I would “live a good life but would likely have some bumps in the road along the way”. I love to play sports (football, baseball, basketball, snowboarding) as well as hunting and fishing and I was afraid I would not be able to continue. I was wrong. I power through the bad days and there are less of those with the medications I’m on. The medications I’ve been on include Humaria, Rasuvo, and currently Stelara. I’ve given myself over 100 injections in the last three years but am happy my new medication is only given once every 6 weeks!

I hope to play college football someday and I’m not letting Crohn’s Disease get in my way to play hard, be determined, and reach my goal. I participate in Take Steps because I hope with this fundraising there will be a cure soon. 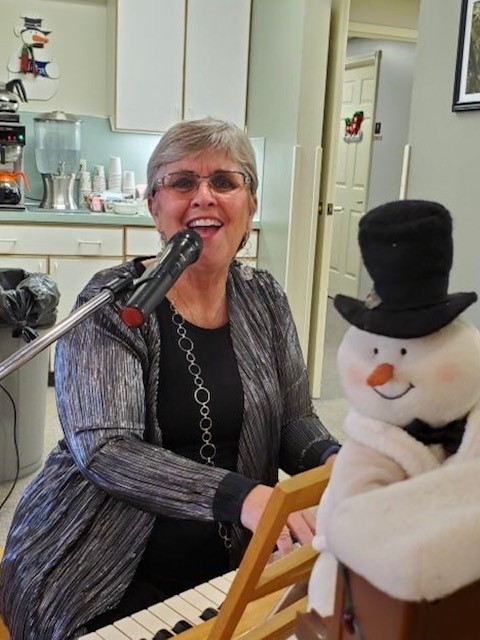 Music has been a major part of my life, so I thought I would relate my journey with Crohn’s to a musical  composition.

Prior to 2000 I was an active music teacher in Caledonia. I’d say I was a Type A personality with many irons in the fire both professionally and personally. I loved my MS students and I was an active percussionist. I was single and loved traveling the world and meeting people.

In 1999, I was on tour performing with a band in Europe. My first inkling that something was wrong was when I was doubled over in pain after eating a pork sandwich at the Hard Rock Cafe in Copenhagen. I spent the rest of the trip barely eating. I saw my doctor when I got home and explained how I was in pain, had some blood in my stool, and had a sore on my leg. She prescribed  Daypro (An NSAID- yikes!) and sent me home. My symptoms continued and I knew something was just not right whenever I ate. The following year at my annual appointment, I told her I STILL  didn’t feel good and there was STILL blood in my stool. FINALLY, she ordered a colonoscopy.

I remember waking up and hearing, “You have Crohn’s disease. Here’s a prescription and a pamphlet. You have an appointment to see the doctor in 6 weeks.”  That’s it! The only thing I knew about Crohns was that a fellow teacher had DIED from it the year before!!  Was I going to die? The medication helped me feel better. Life went on as normal for me.  I did realize that stress aggravated my symptoms, and after my doctor put me on Prednisone for a few weeks, I was fine again.

During my 2004 Spring Break trip to Florida, I had another flare. Prednisone to the rescue! But, this time when I got home, the PA wanted to put me on Remicade. It was too new and I refused. Instead, I made major diet and lifestyle changes and participated in a healing service  at a church retreat. I stopped all medication and believed I was cured. I felt great!

After a week in Cancun for our son’s wedding,  I started feeling cramping in my gut. ( I thought I had a parasite and saw my homeopathic doctor.) But, things got much worse, so I called my old GI. Since I hadn’t been there in over 12 years, I needed a referral from my PCP.  I didn’t have one, so, I found one on line, tried to get in, and was told it would be a 6 month wait!  I did manage to see her PA 2 weeks later and, long story short, I was in the ER that night! I had a bowel blockage. CT scan showed I had CROHNS. What! I thought I’d been cured! I’d actually been in remission for 13 years, but unbeknownst to me, inflammation had caused scar tissue damage and strictures. I got frequent flyer miles in the hospital during 8 weeks of the worst pain I’ve ever been in. I had sores in my mouth, hair loss, and continued to lose weight. Through it all, I always looked for the bright side and I wanted to be the shining light in the room. I always learned my nurses names and something about them.  I even had one of my former students as my nurse one night! Thanks to my friend, whose husband had UC, I was able to get my amazing GI doctor and a great surgeon.  They told me I was one of their sickest patients in the hospital.  I finally decided to start Remicade and although that helped, I still needed a bowel resection. The day I awoke from surgery, (with an ostomy) all that pain was gone! I was a positive, driven, A+ patient and was recovering at home within the week.  For me, surgery was the best decision. No more pain, no more strictures, fistulas, and abscess, and, after 3 months, no more ostomy.

I have not had any pain since surgery 4 years ago! I had lost 50 pounds, but gained it all back. Although now I weigh more than I want, I just focus on the fact that I am HEALTHY. (I did get osteoarthritis and osteopenia and now I have 2 brand new hips.)  One invaluable piece of my song was the encouragement of two friends with IBD who mentored me every step of the way. In addition, I believe my recovery is due to my faith in God, my family and friends, a positive attitude, and keeping a sense of humor. (Never trust a fart 😉). I decided I needed to pay it forward and help others. In 2018, I joined the GR IBD support group and now am privileged to co-lead it. Our mission is to provide a space for patients and caregivers to share stories, find answers, and connect with those who understand the unique challenges of living with IBD. We currently meet by Zoom the second Thursday of each month.

My song is not finished. As the 2022 Take Steps honored hero, I plan to promote awareness, provide information, be involved in the IBD community, and get you to pledge to find a cure!  In memory of my teaching colleague, David, who passed away in November, my team name is “BOWEL BUDDIES.”   I hope my song has given you hope. Now,  Let’s walk to find a cure! 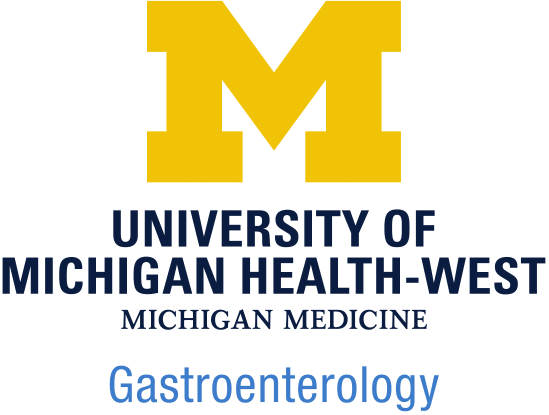