Honored Heroes are ambassadors for Take Steps and the Crohn’s & Colitis Foundation as a whole. As patients and healthcare professionals, they are the voice and face, the heart and soul of our walks. Honored Heroes are nominated annually and help raise awareness of IBD through their promotions and fundraising for Take Steps in their local community. They are dedicated to publicly sharing their story and providing a strong example of progress we are making in the fight against IBD. Their commitment to increasing awareness and revenue by engaging their community, family and friends is truly inspiring. Connect with your local walk staff to nominate an Honored Hero today! 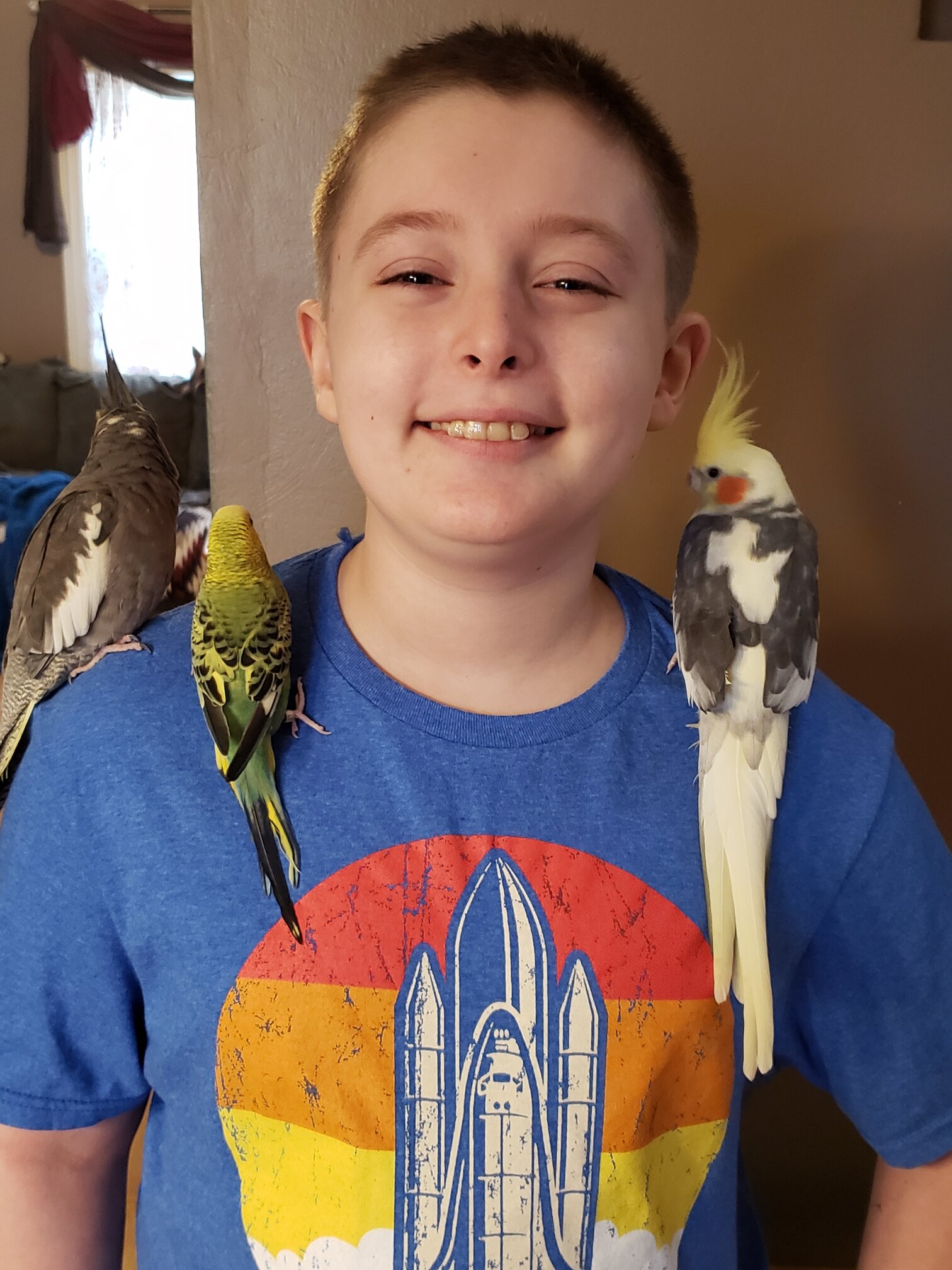 Hi everyone! I am Kenny day and I am currently 12 years old. My story began Four years ago when I was 8, I was starting to lose weight, I went from 85 lbs to 55 in a matter of a few months, and every meal I would be in extreme pain. We knew something was wrong, so I had to go through many tests and doctor’s appointments. When I was 9 years old, the doctors thought it was serious enough for me to spend 4 days admitted to Akron Children’s Hospital. It was so close to the holidays that my family thought I would spend Christmas admitted, but thankfully I got out right before. That fun trip was when I was diagnosed with Moderate-Severe Crohn’s disease. About a week after my stay I had my first Remicade infusion, and I have been on it ever since.

On January 8th 2020, I was having a good day, but in the evening I started feeling like I was entering a flare up, and it escalated until we had to go to the E.R. I had a C.T. done, then they determined it was a Bowel obstruction and I needed emergency surgery. I took a 2 A.M. ride in an ambulance up to Akron Children’s main, where I had a bowel resection the next day. The joke I told was, “Hey you know I am a foot shorter from the inside!”

When we found out about the Crohn’s and Colitis foundation we were so very happy. We have been doing Take steps for 3 years and my family and I are very pleased with the program. During the 2020 Take steps fundraising, I decided to have a lemonade stand dedicated to Crohn’s and Colitis Foundation. I got up every morning planning what I would do that day for what I called “The Lemon-Aid stand”. I would open at 3 and close at 6, and spend the day educating the neighborhood and the community on my disease. I like to tell them Crohn’s is “not just a bathroom disease.” In the end I had raised 100 dollars a day for 3 days, and I would have never guessed the support that I would get.

The day I found out about Camp Oasis I felt like I would pass out because of happiness! I was planning on attending the West Virginia chapter Camp Oasis. I was a little bit disappointed about a virtual camp, but I was still unaware of the overwhelming fun I would have. During Camp we had an Ice breaker night, a dance party (Which I had the time of my life at), cabin talk, and a Talent show. I have made friends that I can talk to when I am feeling sad, or when I have something exciting to share. Just one year of Camp Oasis has changed my life for the better.

The Crohn’s and Colitis Foundation has done so much for my family and I. The Take steps walk has offered us an amazingly fun fundraising challenge, and a great walk to attend. Camp Oasis has helped me make friends I will have for a lifetime, and an awesome program to look forward to. I am so excited to be your Pediatric Honored Hero, and if there is anything I can help you with don’t hesitate to ask. If there is one important thing to remember in life, it is that out differences make us beautiful, strong, and courageous. 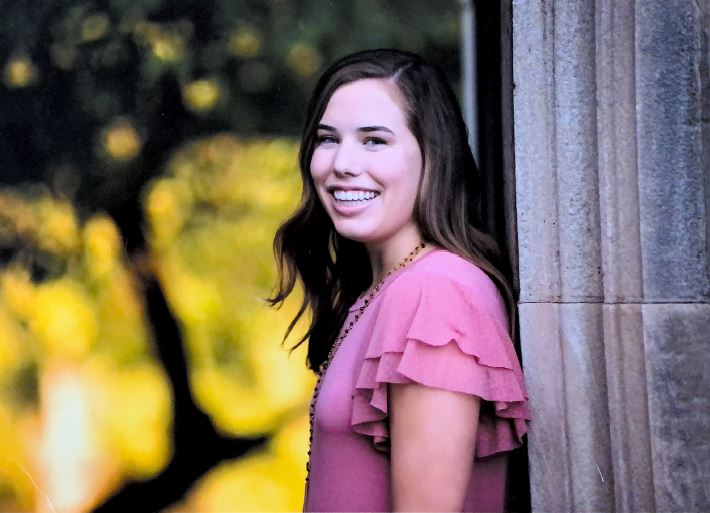 Hello! My name is Jaclyn Lenhart and I’m so excited to be the adult honored hero this year! I have struggled with symptoms of Crohn’s Disease since I was 13, but I wasn’t diagnosed until much later. I went through so many blood draws, scopes, scans, and pain, but was finally diagnosed at 17. I am 21 now and have what my doctors call a “complex” form of IBD. My Crohn’s disease affects portions of my entire GI tract, but I also struggle with many extra intestinal symptoms such as pain, fatigue, arthritis, mouth ulcers, and rashes. Finding a treatment plan that works has been difficult and I’ve tried everything from pills to injections to biologics.

Controlling my symptoms has also been a challenge. For the last two years of high school, I had to switch from public school to cyber school due to pain, fatigue, frequent bathroom trips, and doctors appointments. After high school, I started college three hours away from home during a time when my health wasn’t at its best. Unfortunately, I ended up needing to take medical leave for a year after finishing my first semester of college to work on improving my health. I now attend Slippery Rock University in hopes of becoming a recreational therapist in a pediatric hospital.

I created my Take Steps team, Jaclyn’s Joggers, two years ago after getting involved in the Crohn’s and Colitis Foundation’s Pittsburgh area support group. Jaclyn’s Joggers was the Top Freshman team in 2019 and has raised over $7,000 in the past two years. We hope to raise even more this coming year! I started volunteering at the foundation’s Camp Oasis in 2018 and was expecting to help the campers, but the experience was life changing for me as a counselor too. I not only was able to help amazing campers and talk with them about IBD, but I formed relationships with other counselors who are now some of my closest friends. Through all of the challenges I have dealt with, I started to mentor other IBD patients in 2019 through social media. I share my story so that others know they aren’t alone in their struggles.  Even though IBD is hard, I’m thankful for the Crohn’s and Colitis Foundation and so excited to Take Steps with all of you and find a cure for IBD! 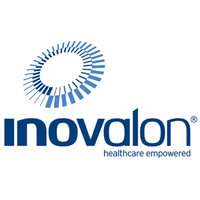 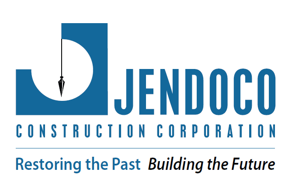